The Bureau of Meteorology (BOM) has recently released their Severe Weather Outlook for October 2021 to April 2022.

Severe storms and rain have already hit many parts of the East Coast this season.  Here is your update on the storm season ahead.

The chance of more tropical cyclones is higher than the previous year averages and there is double the risk of a La Niña forming. A La Niña is characterised by unusually low temperatures in the equatorial Pacific Ocean and is linked to floods, drought, and storms.

The risk of flood for the East and Far North Coast is above average so make sure you have your safety evacuation plan in place – just in case. Finally, the risk of bushfires, heatwaves and common storms have been said to be similar to the average in previous years. 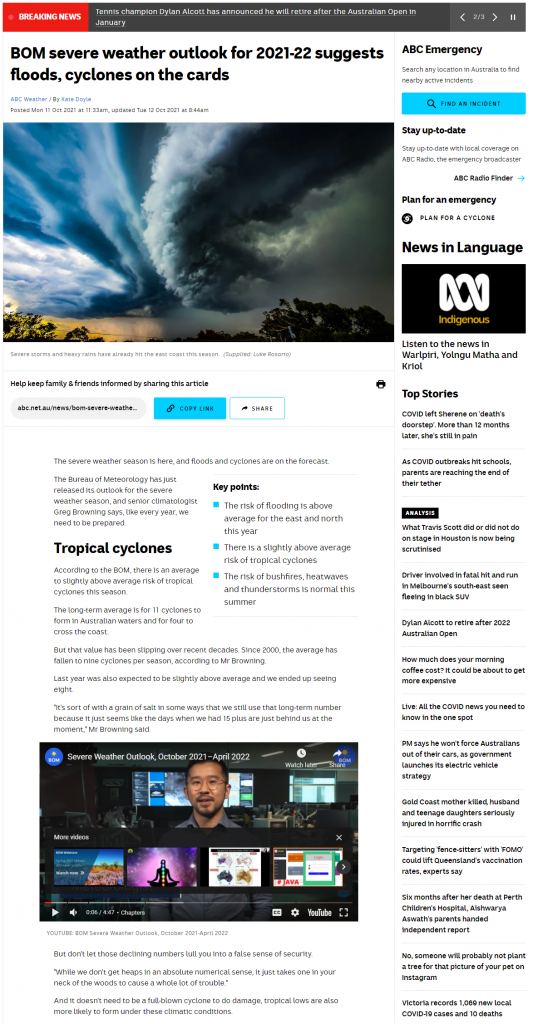 To learn more on this year’s storm season visit here.